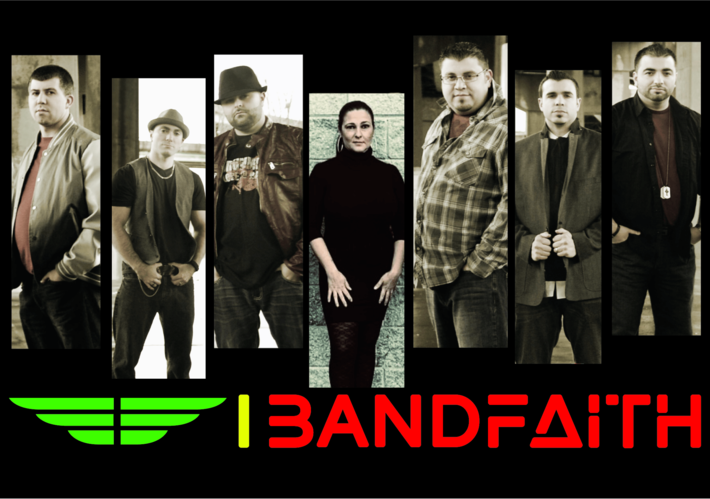 With almost 3 decades of music under their belt, New Bedford, Ma based BandFaith has been performing their mix of Portuguese/Latin fused music for fans all over the world!

In 2013, BandFaith released their multi-award winning self titled album to critical and fan acclaim. With songs such as “Amor Amor”, “Copo de Vinho”, “Eu Gosto Dela, and “Como eu te Quero”, BandFaith proved that Portuguese music did not have to fit in a certain genre, as the album includes influences as varied as traditional Portuguese, Brazilian, Spanish music, to dance and even country music!

BandFaith has always been known for their wide variety of music not only supporting the beloved Portuguese cultural music, but also Brazilian, American consisting of funk, dance, disco, and top40, as well as Spanish influence of all sorts!

In 2021 BandFaith released its newest single “Saudades de Portugal”, a pandemic era ode to its much missed motherland, which took home the award for “Música Popular” at this year’s prestigious IPMA (International Portuguese Music Awards)!

After almost 30 years, the passion BandFaith shows for Portuguese music still shines brightly, and can be seen as they perform throughout the country!