A Brief History of Madeira Wine

In the 15th Century, Prince Henry the Navigator of Portugal ordered the Malvasia vine to be planted on the recently discovered island of Madeira and ordered the production of wines to commence to compete with the wine commerce monopoly that Venice and Genoa had dominated since the 13th Century.  Soon enough, the new wines started showing promise so the English found it advantageous to switch their trade to Madeira where they no longer had to deal with the monopolies and could get wines at the same level of quality.

During the 16th Century, the old sailing vessels that were used to travel the oceans to India, China and Japan rolled back and forth on the sea like a piston in an engine. Ships setting out from Madeira would sail for India by way of the Cape of Good Hope subjecting the barrels of wine to sizzling temperatures as the boats crossed the equator all the while rocking the casks back and forth. Some barrels that would not be sold were returned to Funchal and, when tasted, were found to be superior to wines not taking these extended voyages. The hardy barrels of Madeira wine seemed to have enjoyed the ride, coming home in better shape than what they had been upon first departure. Their "sauna bath" in the hull was a healthy exercise and improved their good nature. Legend has it that an ordinary sailor was responsible for this discovery. Shortly before returning to Funchal Harbor from Hong Kong, the sailor's Captain ordered barrels of presumed spoiled wine to be thrown overboard. The sailor, thinking this was a tragic waste, opened a cask for a taste and discovered a fine tasting wine when he touched the liquid to his lips. Soon the wines were called "Returned Wine" or "India Circuit Wine". These and other catchy names added to the wine's growing popularity in every port. Thus the barrels were shipped back and forth over the equator until 1794 when a technique was discovered for artificially heating the wine in large ovens or wine hot houses called estufas.

Eventhough exports of the wine grew during the 16th Century, sugarcane remained Madeira's number one export at the time. It wasn't until the end of the 17th Century that wines were to become a powerful export for the island.  Madeira gained exclusive trading rights with the British Colonies through the Marriage of Portuguese Princess Catherine of Bragança to Charles II of England. After the marriage in 1662, the happy monarch granted Madeira the right to sell the island's wines directly to the British Colonies. To increase purchases, Charles restricted all exports from France, Spain, Italy and Portugal to any English Colony. Madeira wine now had a monopoly. By 1663, Charles realized that promoting wine put much money in his pocket. But it was his wife Catherine's influence that convinced him to cut back the sugar trade, pull up sugarcane and plant more grapevines in order to expand the market. 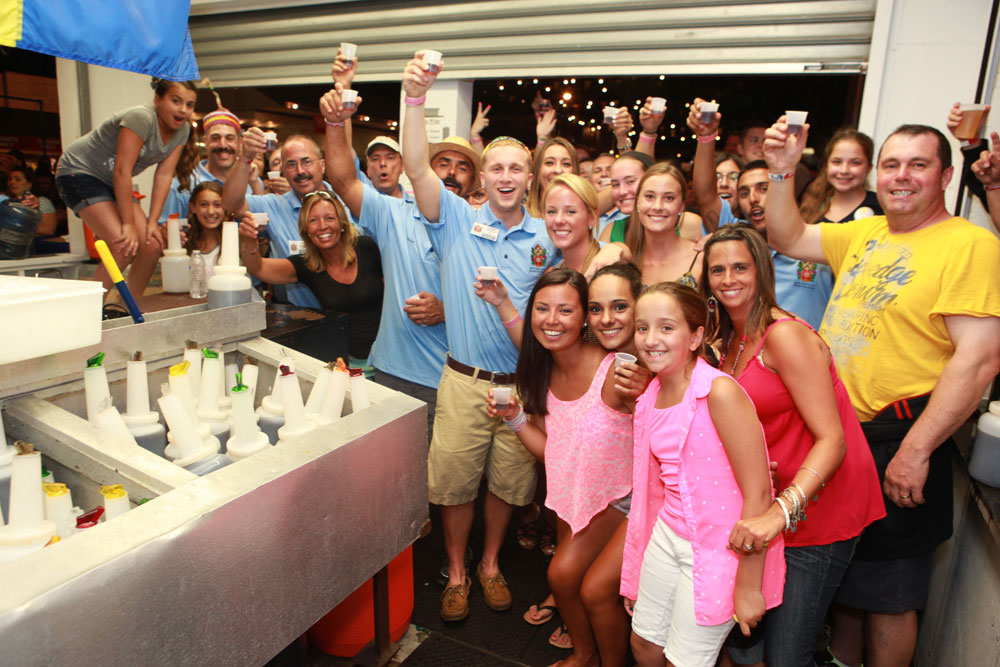 The coming years were tough times for Europe. King Charles would allow only English ships from English ports carrying only English goods to English ports and territories. Madeira, however, was exempted and could ship directly to America and all other English ports. After 1668, and for about one hundred years following the English King's edict, Madeira wine was in the limelight on the continent. The wine became the favorite of Thomas Jefferson as well as the Stuyvesant and Roosevelt families. Members of the Continental Congress signed the Declaration of Independence in July of 1776 and Madeira Wine was served as the toasting beverage of choice. 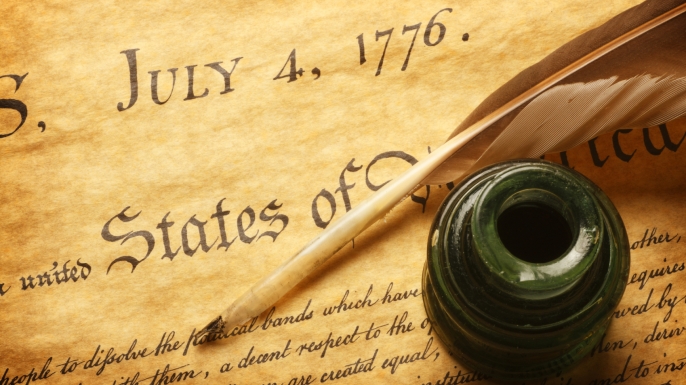 Madeira wine was a big favorite of George Washington, too. Washington's inauguration included raised glasses of Madeira. When Washington D.C. officially became the capital of the United States of America, Madeira wine joined the celebration, as well.

The beginning of the nineteenth century saw another revolution in the Madeira Wine industry. In 1800, Napoleon's forces controlled the entire Iberian Peninsula and hoped to blockade the sea route to Madeira. This would cripple the British's prosperous trade. Wine stocks in Funchal grew visibly by the day as did the general fears that all this precious liquid would go to waste. In desperation, the tradesman started to experiment with the stockpile, endeavoring to prolong the wine's shelf life by blending it with spirits. It was a method that, with subsequent sampling, proved to be extremely successful. Further variations of this "fortification" process improved the quality of Madeira Wine even further.

Later, more success in consolidating the English market came to pass. In 1801, British soldiers occupied Madeira for a year during the Napoleonic Wars. They returned in 1807 to stay another seven years until 1814. These soldiers took home with them a taste for the wine which spurred the market in England even more. The excitement of the first half of the nineteenth century for the wine led to the revival of vigorous planting and regrowth of vines on rocky terraces and steep mountainsides. Many Madeirans were willing to struggle with the backbreaking tasks of resculpting the rocky surfaces to extend every bit of vine growing soil available.

Important, too, was the Methuen Treaty signed by England and Portugal which opened the doors for the English to develop the wine trade with greater force. By the middle of the century, it was English residents who mostly owned the sugar and wine businesses. Many had been born on the island and were capable of speaking both Portuguese and English. Thus, the customs of the two countries were inextricably blended for future generations. By 1840, there were at least 13 English wine firms in Funchal with growing Anglo-Madeira ventures.

Moving forward to 1979, the new state wine institute, the Institute do Vinho da Madeira, was founded. This ushered in a new start. The role of the Institute is to be an observer and to control the entire process of Madeira's wine production. This means that there is supervision right from the planting of the vine itself, through the fermentation and maturing process and to the stopping of the cork as it is pushed into a newly filled bottle. In addition, the Institute is charged with the education of wine specialists.

It is the Institute's responsibility to ensure that any wine called Madeira is truly authentic. Only then is the wine granted the Institute's official stamp (selo de garantia) and individual number.

It is not easy to harvest in Madeira. There aren´t machines to reach those soils. The grapes are hand-picked. Grape by grape. With tenderness. With love.

Watch this amazing video on how Madeira Wine is made.